Gorilla: How Many Hundred Pounds? 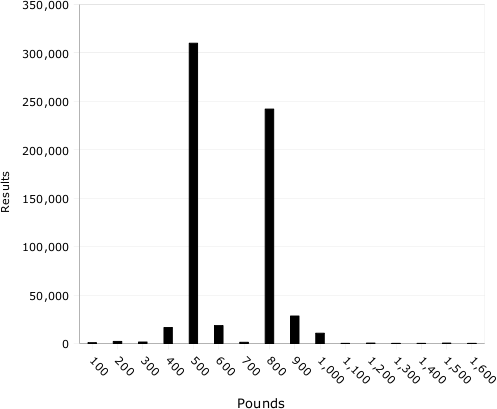 Here is the same data on a logarithmic scale, to better see the order of results: 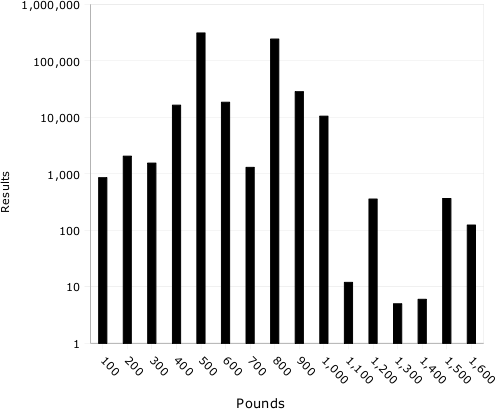 If you switch to words instead of numerals, you can find plenty of million and billion pound gorillas, but they seem to be a less pure use of the expression. Rather than just identify the biggest player in some field, the large-number usage may try to show actual scale or value. For example, Myspace was identified in 2006 as a 27.4-billion-pound gorilla and the United States’ debt is a 9-trillion-pound gorilla.